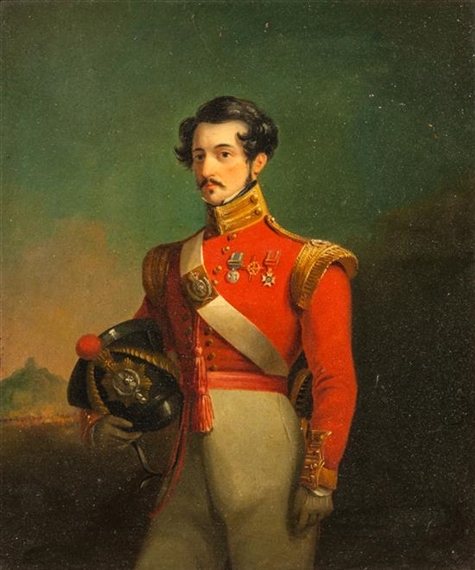 At some point during World War One (I cannot say for sure when, based on my reading), the German ace Ernst Udet encountered French ace Georges Guynemer in a duel. During the eight minute spat, despite finding the frenchman in his sights, Udet could not fire – for his gun had jammed. Upon passing him, and seeing the german struggle with his weapon, Guynemer raised his hand to wave, and then set off towards his own lines.

In World War two, during early December 1941 in the North African theatre, the Special Air Service were mounting their second raid on Axis airfields to cripple their airpower. The unit’s objectives were to destroy equipment and aircraft, however after a series of early setback en route, Robert ‘Paddy’ Mayne was left in charge of the detachment in a position to complete their objectives. In the process of doing so, he came upon a tent full of Italian and German personnel, enjoying some kind of party – and proceeded to gun them down.

In the macro view, and often according to commanders, incidents like the latter are much preferable, due to the fact that in these cases, the pilots are harder to replace than the planes, and thus inhibit the enemy’s war effort more greatly than the loss of aircraft – as intended by David Sterling (commander of the SAS). An ace like Ernst Udet is even more irreplaceable, yet there is a nobility in the action of Guynemer, and a certain barbarity to those of Mayne (though he did possess other warrior virtues).

If there is to be some form of civilised, perhaps even noble war, then instances like this ought to reveal some of those repugnant and inspiring elements.

The framing of this is important then, and likely the most contentious element. It arises in my view; from the scope of options available which demand an act of will, and can then be informed by virtue to create a noble act. The capacity must be there to make either choice, but the decision is made to pursue the more noble, rather than that which is more barbaric. It cannot remove the threat of pain, struggle, and death, else it would cease to be war, and would instead become a kind of sport. Elements of this are embodied in what we popularly understand as chivalry, but there are elements which escape the popular consciousness which need to be addressed – particularly in the modern day.

The axioms of noble war are as follows then:

Under slightly different pretenses, many of these cross-over with the Hague Conventions of 1899 and 1907, but unlike in that instance, what is proposed above is more a statement of universal ideals to be strived for, not a multilateral treaty with enforcement mechanisms. Clearly however, if all of these were to be applied, then war would appear as something completely different, and more like a game or a sport – waged on a huge scale. These points should instead be taken as a form of guidance towards an ideal – one which maintains the primacy of the struggle, and the urgency of the goal. There is, however, little expectation of these ideals being met in the majority of situations. The necessities of victory will always work counter to the ennobling impulse, as an enemy slaughtered can neither aid the enemy cause further, nor put strain on one’s own logistics network. So too is the pressure of technology towards ever more distant and riskless killing, thus far culminating in drone strikes, nuclear weaponry, and the deliberate use of tactics which expose civilians to danger. This would necessitate that, in order to be effective, they would have to be practiced by organisations or individuals which have a slightly more distant relationship to the state utilising them. This may go some way towards explaining why examples of this are found where they are.

Before examples are further discussed, it is also worth noting that there are some additional downsides which may hinder the long-term applicability of such principles:

All of these were evident in the later stages of Italian Condottiere, or Condotta warfare, albeit often for different reasons than pursuing noble warfare. In their final iteration, their armies were largely composed of cavalry, at times focused more on maneuvering, pomp, and negotiations over combat (much to the frustration of their employers), and were reluctant to adopt the new technologies over the older prestigious methods. Consequently they were largely swept aside by successive French, Spanish, and German armies who conducted themselves more practically.

There is an additional consideration however, as this mindset has often been adopted in the context of a more select group to whom certain expectations apply, but all others are to be treated as fodder. This may seem comparably inapplicable for modern times due to prevalence of egalitarian attitudes but in traditional societies this is not the case. The knights of medieval Europe, the Samurai of feudal Japan, and the officers of later European-style warfare in particular, but likely others as well exhibited this phenomenon. In all of these instances, a select group of warriors are treated as the primary battlefield entity to be respected and captured, while the rest of the soldiery are to be slaughtered at will. There had been instances where these rules had been transgressed due to battlefield requirements, such as during the battle of Agincourt where the English killed the captive French knights for fear of being unable to keep them hostage under the pressure of a second attack which never came. Likewise during the American Revolutionary war, later in the war there were instances of officers being targeted specifically by riflemen and sharpshooters – a trend which was continued during the American civil war, and reached its disgraceful peak during the world wars, wherein officers were suffering casualties at up to twice the rate of the enlisted men. The criticism may be raised that this is more a factor of development of technology which allowed officers to be directly targeted – and it is a valid one, it seems to miss something about the conduct of post-30 years war, pre-napoleonic war conduct. Here warfare became elitist, officer centric, and relatively limited in scope – contrary to the mass mobilisation of later wars, and totalising scope of prior reformation-era wars. Once again, this only applies to those considered peers, and definitively not to those considered savages – where effectiveness ruled.

As previously stated, it may be raised that these stipulations, if achieved; would sanitise war to such an extent that it becomes more like a dangerous sport. This is true, and vital to avert, because to do so would be to deprive war of its primacy in the realm of experience, and its nature as the extreme pole of recourse and conduct. There would need to be invented a further state beyond war which would replace it as the point of total freedom, for both the state and the warrior. Perhaps for that reason it is not to be considered a universal, but the realm of a particular warrior caste or type, not necessarily identified formally, but one which has a de facto conception of itself as a separate group qualitatively. The presence of the more vulgar type however, is necessary – because it maintains the stakes as being the highest possible, and prevents (as previously stated) the whole affair descending into sport. In addition, while the intentional murder of a man (another warrior in particular) is a vulgar act if it can be avoided, to give one’s life in service of a higher purpose or calling is a great and noble thing. To be deprived of this ability is a significant blow to the ability of any martial tradition to generate meaningful heroes, and to maintain its own mythos and ethic of service.

This contrast was amply noted by Ernst Junger during his recollected experiences of the First World War in his work: “Storm of Steel”. He notes the contrast between his warrior spirit which encourages the kind of civility and chivalry discussed here, as well as a commitment to higher virtues of honour and duty, but this is ever more as the war continues – conflicted with the expectations of the Prussian system of officer training to emphasis the subservience to effectiveness and efficiency of prosecuting the war, regardless of what actions this may entail. Despite the final triumph of his warrior ethic, along the way he is privy to and active in the downward spiralling of his men from respectable gentlemen to bloodthirsty savages, engaging in the slaughter of a valourous but defeated enemy on numerous occasions.

A modern version of this elitist phenomenon may be appearing in the utilisation of unmanned and robotic implements of war. These are thus far outside of the realm of person-hood, and therefore could form the supplemental material which is vital to a warrior, but as readily discardable as the serf would have been thought of in the past. In such cases, once the warrior has been disarmed of his robotic force multipliers, he can be forced to surrender honourably. This is the most amenable method to current sensibilities, but I would suggest more ideally that the 18th century method is preferable overall: the officers are to maintain a strict gentlemanly ethic – schooled in the art of proper warfare developing on the positional theory of strategic theorists like Antoine-Henri Jomini, but aimed at minimising the need for applied force in the case of mastery. Meanwhile the ranks are filled by volunteers and outcasts – unwilling or unable to take part in polite society, and so instead existing on the peripheries of it, enjoying all of the danger and freedom that comes with it. Should these gentlemen-warriors be able to exert some amount of power over which wars are conducted and how, they would cease to require a frenzied appeal to the lowest impulses of democratic mass mobilisation warfare, and could instead be waged on a more limited basis. In such an environment, the above suggested idealised codes of conduct might be able to thrive, but even if a mass mobilisation is required – as would likely be the case if two major powers were to come to blows over a matter of vital national importance; even then the established cadres of warriors can impart their ethic and discipline onto the men they lead, despite these men themselves not being immersed in it. Let us hope then that such a situation does not once again last long enough that it can hollow out the warrior class to such an extent that such ethics are near forgotten.

You won’t hear my story,
It’s full of hope and glory.
You were raised on tales of woe and waste –
Of bullets faced and freedom chased.
So what of those who loved the war?
Gazed upon the raw force and asked for more.

You talk of the donkey,
And yes, stubborn was he,
But loyal, honourable to a fault,
Caring and uncaring of bullets made to halt,
In the face of will and noblesse oblige,
Beyond the realm of death’s strive.

The reaper took his due and more,
But life is never clearer than at his door.
When men are brothers in truth,
And women: valkyries who dain to stoop
In blood and muck with charity’s gift,
‘Till pulled by that otherworldly drift.

So what was the point of it all?
When nations fought in total brawl
Where virtue’s vices yield their price
And siren’s songs entice
Only the fools and those naive
Who refuse to see and must believe.

So you cannot hear my tale
Lest it crack your world most frail.