Geo-economics and the Availability of Skills 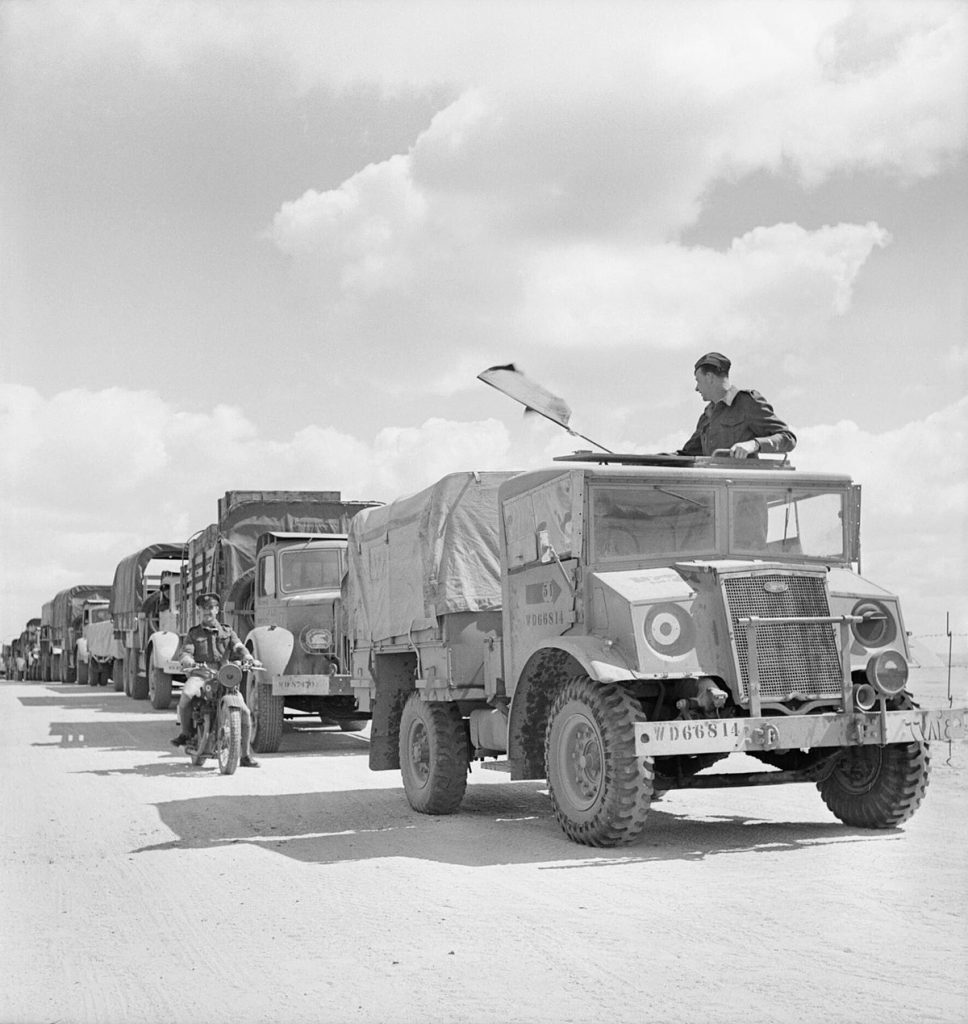 One of the core ideas of geo-economics as an evolving discipline is the promotion, and nurturing of certain skills and competencies which can further economics and geopolitical interests down the line. This also has significant military implications in a way that has been casually observed elsewhere, but deserves more specific attention as a factor of grand strategy. Not only this, but the interplay between fostering skills in a military capacity also creates opportunities for the civilian economy – showing a close relationship generally between these two entities.

One of the most clear places where this relationship appears is during the Second World War. Despite overestimations as the extent of such – this war was indeed a highly mechanised one, with large maneuvers by motorised formations playing decisive roles in numerous battles. Therefore, both in the case of maintaining these frontline vehicles, and the logistics vehicles behind them, a great deal of skill is needed. These skills can and will be taught through official channels, but the availability of these skills will then be restricted to those who are expected to use them most frequently. However, in an industrialised society, the skills of maintaining a motor vehicle will be more generally proliferated at random, which can have a strategic and operational effect in war. This is because although major faults will still require attention centrally, more minor issues may be resolved at a more local level with greater regularity, or with less experienced units.
As a hypothetical example; a freshly assembled motorised unit is advancing on a position in preparation to support an attack, but a breakdown occurs as a result of something as simple as a flat tire. The likelihood of resolving this issue changes with the level of industrialisation present in the country from which these soldiers are drawn. In the case of the US or Britain, there is a higher likelihood (due to greater industrialisation, and in particular, larger automotive industries) of the skills to resolve this problem as it arises with minimal time lost – compared to Japan, the Soviet Union, or Germany, which were all more agrarian in structure. After it is realised how simple the problem is to resolve, the driver will likely learn what is required, but the baseline competence level in this area is not readily available coming straight from the civilian world. This will have a host of downstream effects, from unexpected troop shortages during this particular attack, to increased strain on the maintenance support services tasked with keeping these vehicles running (and using their time on tasks which they are vastly overqualified for). In the extreme, it can also have the effect of providing a more well-rounded working knowledge of mechanical maintenance, rather than the application of drill. This could be one of the factors in the success of damage control efforts conducted by the US Navy, particularly in the case of the USS Yorktown – which was present at the Battle of Midway largely due to effective damage control. In this same battle, the IJN carrier Akagi was lost, in part due to insufficient damage control, which may have benefited from greater access to a wide breadth of mechanical skills which were less available to Japan at the time.

Of course, here the focus has been on the skills availability, but there are more obvious benefits in these same examples, relating to raw industrial capacity – which meant that the ability to produce these vehicle in the first instance was greater, as were the supplemental industries which could produce all of the physical capital and tooling necessary to increase production rapidly.

It is also worth noting however, that in some cases, the presence of skills and capabilities can preclude access to others. For example, in this same example of the Second World War, more agrarian economies tended to produce more skill with the handling of livestock, and of particular relevance – draught horses. At the time, even the most industrialised economies will have still had sizable contingents which could handle and care for these animals effectively – in the modern day this will not be the case. If the use of draught animals for logistics networks became necessary, modern western populations would not have the same amount of baseline and readily available experience to get the most out of the animals and care for them properly.

In a similar regard, competence with firearms, in much of Europe particularly, is less of a widely maintained skillset than in the past or compared to the US. This has been a result of both cultural and legal factors, but the end result is that the US population exhibits a significantly greater baseline competence with firearms than do their European counterparts. Not only this but the physical capital is also more readily available to service these firearms, and even to produce ammunition – which will drastically shorten the timeline of any required increase in production in a case where this becomes necessary. Furthermore, due to domestic demand and financial support of these industries, a much greater level of capacity is maintained in peacetime, with a clientele that retain non-political (albeit consumer, rather than strictly military-based) priorities which can drive innovation and effective competition. This is contrasted against the European markets, which have largely become a set of national (and sometime international) monopolies. Likely this has been a result of the need to remain competitive and profitable in a near-monopsony market. As previously stated, this has the effect of ensuring that a new US soldier will have a greater average level of competence in this area, compared to their international counterparts – with clear military (and by extension, geopolitical) implications.

To take another facet of this skills issue: the lack of an ability to maintain or reward certain exceptional skills domestically – can be disastrous for the geopolitical position of a country. This ranges from the minor examples of Swedish merchants being drawn into the service of the Dutch East India Company (VOC), to the catastrophes of individuals like the Transilvanian cannon-maker Orban (or Urban) offering his services to Byzantium – only to be refused and find himself in the service of the Ottoman sultan – building the cannons that will end Byzantium’s existence as a polity. Likewise, the example of Christopher Columbus who, despite being a Ligurian of the Italian merchant republic of Genoa, ended up in the service of the Spanish – trying to undermine the mediterrenean leg of the silk road which had made his home so prosperous.

Finally, although difficult to predict by so many degrees of removal, the creation of national champion companies can have significant downstream consequences for a country’s geopolitical position. The poster child for this is the English East India Company which; thanks to its domestic monopoly position on the highly lucrative East India trade — was able to expand in ways that were so capital intensive and risk-laden that they would be near impossible under different circumstances. The vertical integration strategy of the EEC quickly came to strengthen England, and later Britain’s geopolitical position by extensively patronising her shipbuilding industry, while also being able to maintain this fleet in peacetime (thus granting access to the fleet during war) and pioneering several technological developments in this area – notably the first metal-hulled warship the ‘Nemesis’ (which was not, in fact, a Royal Navy Warship). The actions of the EEC at land were perhaps even more extensive – performing much of the work in the acquisition of the Indian subcontinent within the empire, and with very little attention or money required by the British government, excepting once the company’s holdings were transferred to the British government as it became insolvent. On the contrary to the acquisition of India being a draining exercise, it provided a training ground for many officers, statesmen, and merchants, who could spend a time in the employ of the EEC before taking on the more honourable national service, most notably in the case of the Duke of Wellington, Arthur Wellesley. No one could have predicted it when the charter was first established, but thanks to the margins and capital available, the EEC was able to explode the size of the navy, naval construction capacity, and supporting industries, bring a subcontinent definitively within the British sphere, and; provided a ready source of skills, capital, and even an army to the service of the British government which was used to open markets, and expand the opportunities available to British exporters – thus further driving British economic power.